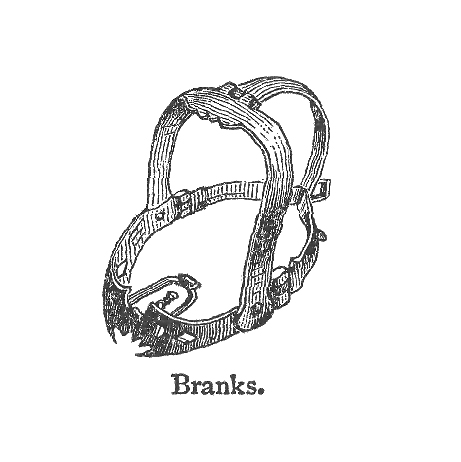 When the COVID-19 pandemic begins, I am in the process of writing about my ethnographic fieldwork in the New York City jails on Rikers Island.1 Beyond having the highest incarceration rate in the world, Black and Hispanic people are disproportionately arrested and incarcerated in the United States.2 It was out of an impulse to better understand and resist racialized mass incarceration that I chose to return to the New York City jails where approximately 9 out of 10 incarcerated people and corrections officers are Black and/or Hispanic.3

Rikers is a human-made island formed of garbage, farm animal remains, and rat carcasses. It served as the city’s dump (1884-1939), a rancid heap in the East River that was the site of waves of infamous rat infestations.4 Its origins matter. They matter both in terms of the vents that spew rancid steam from decaying filth, but also because of the heft of their imaginary. For instance, one officer standing by the desk near the medical intake pens explains to me: “We will never get respect. We are garbage men for human garbage.” He says this with a resigned tone, the decades having worn away any altruism.

During the pandemic, the coalescences of viruses and human garbage is reflected in alarming reports on the prevalence of COVID-19 among both incarcerated people and correctional facility staff.5 These reports often focus on the implications for communities that people return to, thereby eliding the conditions in correctional facilities that all but ensure the spread of infectious diseases.6 They also overlook the way that masks have been used in correctional facilities long before the pandemic, an omission that renders invisible the way that this carceral use of masks influences perception. For instance, the mask from circa 1875 pictured below (Fig. 1) was worn by prisoners in solitary confinement when outside of their cells in order to enact complete isolation. 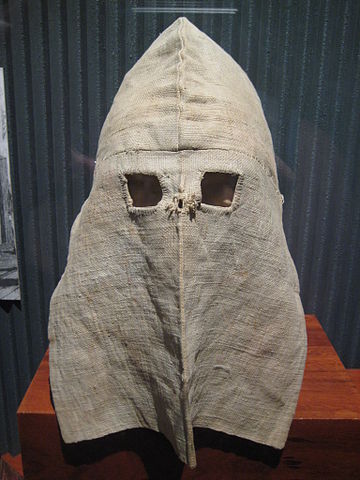 Similarly, the scold’s bridle (Fig. 2) was a tool that suppressed the wearer’s tongue and was used as an implement of humiliation and torture for those forced to wear it in public. This was also a gendered implement as it was primarily used on women, making it a state intervention into women’s speech. 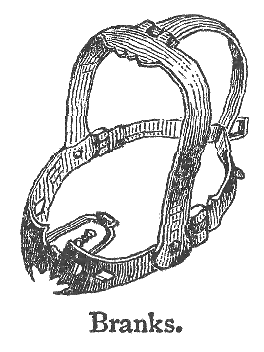 Figure 2. Scold’s bridle. Illustration from 1908 Chambers’s Twentieth Century Dictionary. Branks, n. a scold’s bridle, having a hinged iron framework to enclose the head and a bit or gag to fit into the mouth and compress the tongue. By Rev. Thomas Davidson 1856-1923 (ed.) - Chambers’s Twentieth Century Dictionary of the English Language. Source: Wikimedia Commons.

Today, even prior to the pandemic, correctional facilities and law enforcement officers in the United States routinely used a range of masks to prevent a person from spitting on and/or biting officers. Spit hoods, also referred to as spit socks, came under scrutiny following the asphyxiation of Daniel Prude by the Rochester police.7 These hoods reportedly came into increased use during the COVID-19 pandemic when the risk of infection was greater. There are a variety of masks currently available on corrections suppliers’ websites, including: the Ripp Restraints Protective Mask,8 the spit sock hood,9 and the InnoShield 8K™.10

The use of such disposable face coverings, even before the pandemic, reinforces the notion of the detained or arrested person as potentially infectious and/or dangerous. Jails and prisons have the explicit mission of maintaining safety and security, with the common greeting being “have a safe tour.” In the context of a pandemic, such notions of safety and security are expanded to the virologic risk that is seemingly built into jails such as those in New York City, where most incarcerated people are housed in open dorms with 53 other people. They are filthy and crowded even in the best of times, making them truly perilous in the face of a pandemic.

This points to the accepted view of correctional facilities in the United States as wastelands. This is multiplied in the New York City jails, which are literally rooted in the refuse of prior centuries. They are not only places where humans (staff and incarcerated people) are made excess and expendable, but they also take an enormous environmental toll, as they generate tremendous amounts of waste, particularly because they primarily house people awaiting trial so are characterized by a constant churn of intakes and releases. Prior research and media coverage have highlighted the health effects of correctional facilities being located on toxic and/or contaminated sites, but there has been less recognition of the environmental toll of mass incarceration itself.11 While this is beginning to change with reports of high levels of correctional facilities’ water pollution, power plant construction, and electricity usage, calls for the end of mass incarceration have largely been situated around human rights alone.12

Nevertheless, today the United States is facing three seemingly distinct crises – a pandemic, world-altering climate change, and racialized mass incarceration. And yet, they are deeply imbricated. We must consider how these can be held together to tell a cohesive story about what it means to have a disposable population made to wear disposable masks on a site of disposal.13 To start, it must be recognized that this nexus does not remain neatly within correctional facility walls, but rather that carceral imaginaries and logics are visible across the pandemic and in responses to it. For instance, calls for people to wear masks were often read as dichotomic issues of compliance/autonomy, control/resistance, and discipline/freedom. These carceral binary oppositions, when applied to the pandemic, stand in contrast to notions of collectivism, relationalities, and care. Such carceral themes are similarly evident in state responses to non-compliance with mask regulations, as law enforcement officers have served as the ultimate executors of new public health regulations.

The thinking together of carcerality, waste, and infectious disease calls for a generative and sustained intervention. These nodes have been enmeshed for so long that their borders are no longer clear. Instead, there is a bleeding of meaning that coats masks in the carceral imaginaries of control, protection, and compliance. In the midst of the COVID-19 pandemic, the long history of the forced masking of incarcerated people does not remain neatly tucked behind bars. Instead, we face a messy tangle of governmentalities that announce themselves in the language of disease and carceral control while eliding their waste – human and otherwise. The spread of COVID-19 in the New York City jails results not only in disproportionate health effects, but also in increased duress to plead guilty in order to end the perilous wait for trial. During the pandemic, conditions such as these have contributed to Black Lives Matter protests calling for an end to police violence and racialized mass incarceration. Such pleas for the abolition of carceralities have implications far beyond the criminal justice system, as they also call to task the carceralities lodged in Western paradigms of disease control and mass environmental destruction. Together, these interconnected crises illustrate the high stakes of the status quo and the potentialities for radical change.

Ariel Ludwig previously worked in the New York City jail system and returned there to complete her dissertation research. She is a recent graduate from Virginia Tech’s Science and Technology in Society program. Currently, she is a researcher working at the intersection of health and the criminal justice system. Her current work serves to advance feminist, abolitionist Science and Technology Studies.

Jessica Brabble is a second-year history MA student at Virginia Tech. She is currently studying the connection between eugenics and the infant mortality movement in the rural South of the USA. Her work on medical history and popular culture is published in Nursing Clio and All of Us. In Fall 2021 she will be joining the College of William & Mary as a doctoral student in history.

E. Thomas Ewing is a professor of history at Virginia Tech, with research and teaching interests in the history epidemics, medical history, and data in social contexts. His research on the history of epidemics, including Russian flu (1889) and Spanish flu (1918), has been published in Influenza and Other Respiratory Viruses, Current Research in Digital History, Computer IEEE, and Medical History.

More information about their Flu Mask research can be found here: https://sites.google.com/vt.edu/flumasks/home.

1 Fieldwork in the New York City jails was completed by Ariel Ludwig.

11 Greenfield, Nicole. “The Connection Between Mass Incarceration and Environmental Justice: The country’s prison industry has little regard for where its facilities are located—even if that means building on noxiously polluted ground.” NRDC: onEarth In-Depth. Published January 19, 2018; Poon, Linda. “How Mass Incarceration Takes a Toll on the Environment: Both prisoners and surrounding communities are affected by this under-studied issue.” Bloomberg CityLab. Published July 30, 2015.